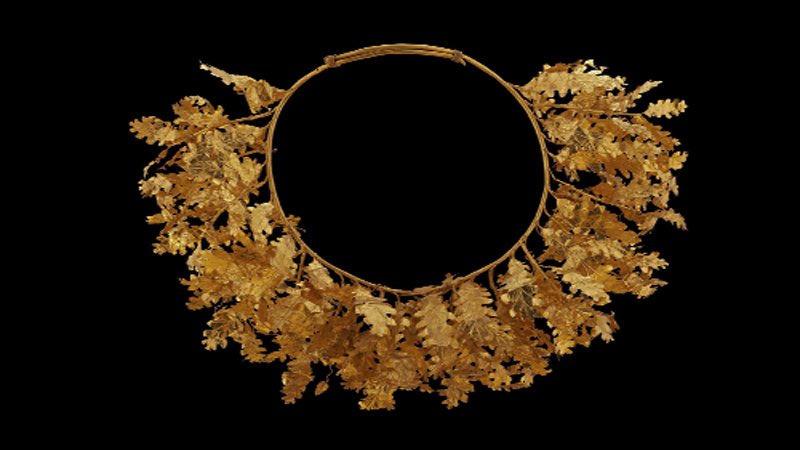 The Greeks started using gold and gems in their gold jewellery in 1,400 BC, although beads shaped as shells and animals were produced widely in earlier times. By 300 BC, the Greeks had mastered making coloured gold jewellery and using amethysts, pearl and emeralds. Also, the first signs of cameos appeared, with the Greeks creating them from Indian Sardonyx, a striped brown pink and cream agate stone. Greek gold jewellery was often simpler than in other cultures, with simple designs and workmanship. However, as time progressed the designs grew in complexity different materials were soon utilised.

Gold Greek jewellery, was hardly worn and was mostly used for public appearances or on special occasions. It was frequently given as a gift and was predominantly worn by woman to show wealth, social status and beauty. The jewellery was often supposed to give the wearer protection from the ?Evil Eye? or endowed the owner with supernatural powers, while others had a religious symbolism. Older pieces of gold jewellery that have been found were dedicated to the Gods. The largest production of gold Greek jewellery in these times came from Northern Greece and Macedon. However, although much of the jewellery in Greece was made of gold and silver with ivory and gems, bronze and clay copies were made also.

Jewellery makers in Ancient Greece were largely anonymous. They worked the types of gold jewellery into two different styles of pieces; cast pieces and pieces hammered out of sheet metal. Fewer pieces of cast jewellery have been recovered; it was made by casting the metal onto two stone or clay moulds. Then the two halves were joined together and wax and then molten metal, was placed in the centre. This technique had been practised since the late Bronze Age.

The more common form of gold Greek jewellery was the hammered sheet type. Sheets of metal would be hammered to the right thickness & then soldered together. The inside of the two sheets would be filled with wax or another liquid to preserve the metal work. Different techniques, such as using a stamp or engraving, were then used to create motifs. Jewels may then be added to hollows or glass poured into special cavities on the surface. Also read our latest blog on Diamond Engagement Rings Melbourne.