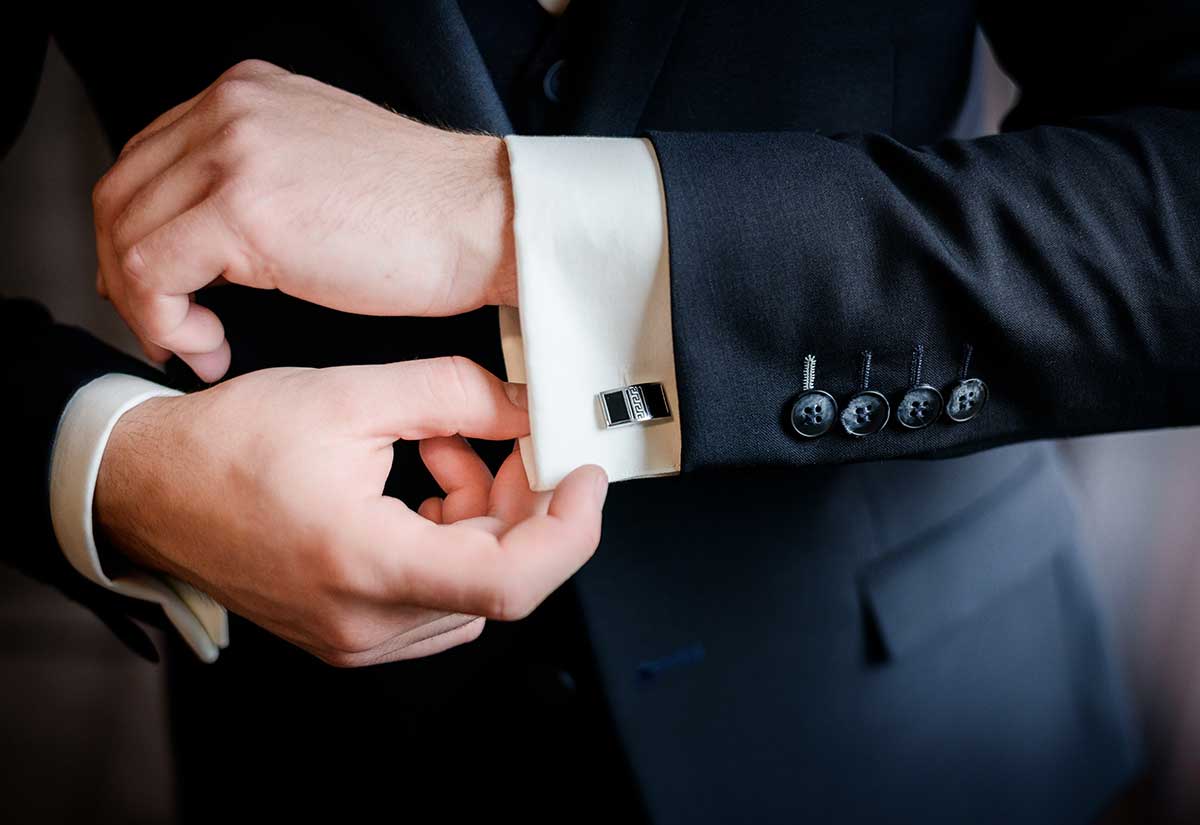 Everything to know about Men’s Cufflinks

Mens Cufflinks offer the chance to display their unique style through jewellers, replacing the buttons on a shirt cuff with bright, distinctive and even personalised novelties. Dress sets, including cufflinks and tie pins, could be worn by someone with a particular flair for formal attire. Men’s Cufflinks are indeed the one piece of jewellery which every man should own!

Cufflinks are related to the mens shirt. Men are wearing shirt-like items of clothing since the invention of woven fabric in 5,000 years BC. The primary cufflinks appeared in the 1600s; they became common in the 18th century.

The shirt was worn close to the skin, was washable, and shielded the outer clothing from coming into contact with the skin. Covering the neck and wrists also shielded the body from the rougher and heavier textiles of jackets and coats.

In the 19th century, more people were progressing into the middle class; It meant that they began to wear a more conventional suit, dinner jacket, and tailcoat. The industrial revolution then means that cufflinks could be mass-produced and were made available to most in society, rather than only being for a select few.

Cufflinks are trendy alternatives to buttons that are stitched onto shirt cuffs, and they come in a variety of styles, sizes, forms, and materials, just like buttons. Talking about materials, they are made of glass, stone, leather, metal, precious metal, or combinations.

The front sections of the cufflinks are often decorated with gemstones, inlays, inset material, or enamel and designed in two or three-dimensional forms. Following are the different types of cufflink designs:

From the name, it is clear that these cufflinks have a bullet-shaped back. These are probably the most popular cufflink type just simply because they are the simplest and most versatile that you will find.

The bullet is often moved through 360 degrees on its hinge. Undoubtedly this is the most unadorned style of cufflink for a person to use, but it does have the disadvantage of all post types that the cuff is held quite rigidly on the wrist– a chain link fastening allows a looser, more accessible fit.

This style of cufflink breaks a bullet-shaped capsule that is held in place between two posts. Flip the bullet on its axis to align with the post of the cufflink. It will allow you to move the cufflink through the aligned holes in the layers of the cuff fabric. 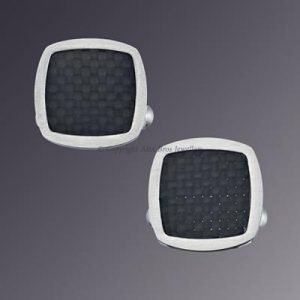 Cufflinks with a whaleback closure symbolise the ultimate combination of elegance, efficacy, and convenience of usage for many men. We will wear whaleback cufflinks by flipping the whale backing straight, which is flush to the base.

With your thumb and pointer finger, grasp the cufflink, and the rest of your fingers, hold the top piece of the cuff straight.

This link can be used to make the cuff looser if needed. The current type of cufflink has two key advantages. For one, there is something to look at on both sides of the cuff with a chain link fastening – the two sides of a chain link cufflink can both be decorative, often as plates or disks with engraving, enamels, or just the plain face of gold or silver.

As a result, they’ll look good from both sides of your dress shirt’s cuff.

The short end is what you want to stay. You insert the short end into your buttonhole, tighten it with your thumb, and push it through. Then you pull the entire chain through and begin working on the next buttonhole. It’s easier to do one buttonhole at a time.

It is also referred to as button-style cufflinks; they don’t have moving parts, and that they slide through the cuffs of your sleeve without needing to make any adjustments.

They usually have a discernible front and back because one side will generally be more significant than the other. The advantage of this form of cufflinks is that you don’t have to worry about adjusting it. They are slightly more challenging to wear than other cufflinks. 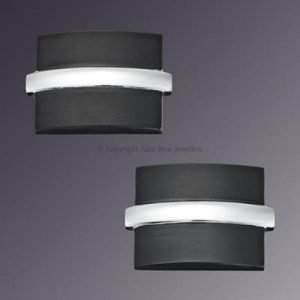 Ball Return Cufflink has a curved post with a bit of heavy ball opposite the decorative head. Faces will vary with design, but its ball shape will always differentiate the back end. The ball return cufflink is usually found in both chain link and fixed closure variations.

Because the ball offers your fingers something to push against when you enter it through the cuff’s holes, ball return cufflinks are the easiest chain link cufflinks to put on.

It’s probable that the ball is composed of silver or gold. Sterling silver may be a popular choice for ball return cufflinks and may be hallmarked; more common is plating precious metal – silver, gold, nickel or rhodium.

Ball return cufflinks use a sequence link, with the outer more visible side of the cufflink linked by a sequence to the inner less visible rear – the “return”.With the ball return style, that rear is a ball of metal.

These cufflinks are of greater quality because they have a hinge mechanism. It’s comparable to the closure of a metal watch. You insert the cufflink in, fold it, and it’s locked.

This is a contemporary style, and after a short learning curve, it is one of the most effortless and secure styles available. It possesses a dual-locking system and an innovative design.

Knot cufflinks are simple two heads connected by a brief, flexible length, but they’re made from the soft cord; usually, silk instead of metal, and the heads are decorative knots. The knotwork’s irregular surface gives a more casual look, primarily when several colours are used. 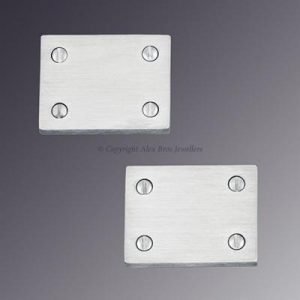